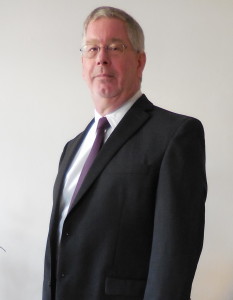 What led you to study engineering and how did it help you early in your career?

During the final two years of high school (in England) I focused on physics, chemistry and math. That’s where my talents lay. I was interested in chemistry. One of the schools that I applied to was Nottingham University. They sent me information – one page, small font – on chemical engineering that described all the things you could do with a chemical engineering degree. Chemical engineering was ultimately a good match for me, and at Nottingham University, in the fourth year, you could take electives and I took business, finance, accounting and economics.

After I graduated, I went to work for Price Waterhouse. It was a fascinating experience. I was doing auditing primarily of big engineering companies.   I learned how companies worked from the post room to the Board room and I learned about effective systems.

My engineering background was useful in that I understood what these companies did. I learned a lot, but missed doing engineering. So I joined British Petroleum as a Development Engineer at their Sunbury Research and Development Center in London.

With varied experiences in the private sector and in a major research university, what made you decide to come to Cooper Union and move to NYC?

After a number of years at BP, I was still interested in becoming a professor so I needed a PhD. I went to the University of West Virginia, a very rigorous and a solid engineering school. I did research in biomedical applications of chemical engineering. It was an interesting challenge and I turned out I have a talent for microsurgery.

The Head of the Micro Circulation Lab at Carnegie Mellon knew of my work and reached out to me. He had a large research group of 30 – 35 people and I became an associate director of his lab.

While at Carnegie Mellon I had my first foray into entrepreneurial projects.   I enjoyed working there. We tried to patent the work we were doing. I learned what my talent was within research. I was an experimentalist.

Later the Micro Circulation Lab moved to Harvard Medical School, and my work at CMU ended. The recession was bad in Pennsylvania, but better in New York, so I cold called universities in NYC. I spoke with the Chair of the Cooper Chemical Engineering Department, Irv Brazinsky, and asked if Cooper might have an opening.  I began teaching at The Cooper Union in January, 1994, and I’m convinced that this was the job that I came to the States to do. There was a learning curve. Cooper is not like anywhere else. The concept of the merit based education was very appealing.

In what ways has engineering education changed since you and I were students?

When you and I were undergraduates so much of our work was done with a pencil, paper and slide rule. Nowadays students have access to sophisticated tools and a lot of technology. However, the underlying principals, science and theories are the same. Where it is different is that it is so tempting to rely totally on the technology. This is a challenge. Understanding the physical, scientific and mathematical concepts as you apply the technology

I have a healthy skepticism about introducing smart technologies and instruments too early in the curriculum.   Technology is not a substitute for engineering.

What can Cooper Union’s Engineering School do to best prepare its students for success in their engineering careers?

We begin in freshman year with our Professional Development Program. We work closely with the Career Services group to provide any junior or senior engineering student who wishes, an alumni mentor. We have just started year two of this mentoring program. The Career Services office also provides an array of career preparation services that includes assistance with resumes, cover letters and identifying companies with openings. I believe that what we teach, we do well.   We can always improve it. I think the curriculum needs to be continually assessed to make sure it stays relevant.

I have asked the faculty to consider offering minors. We already offer a minor in mathematics that is very well thought out. So, if a chemical engineering student wants to take elective courses in chemistry, why not offer a chemistry minor? Minors will be on student transcripts which will help open doors to future careers. I have suggested minors in computer science, biomedical engineering, nanotechnology, physics, chemistry and math. Students are doing these courses already. It won’t stretch our resources and facilities.

Minors would stimulate our programs to embrace applications in new areas. It is what we are doing already but failing to acknowledge. I hope to sow the seeds. It will make us more attractive to students and donors and it’s something the faculty has been discussing for over a decade.

What is the Connect Program? Please describe this program and how effective do you feel that it has been?

Connect stands for Cooper’s Own No Nonsense Engineering Communications Program. Connect is a program that helps students enhance their interpersonal and communications skills. It has a long history. It started in 1994. I worked with John Osburn

who was the Associate Director of the Writing Center at that time. We jointly developed a series of workshops that involve differing levels of challenge in public speaking. One challenge involve a student picking a subject written on a small piece of paper out of a box and speaking extemporaneously on the subject. Topics may be vaguely technical, such as making an omelet or fixing a tire. Connect facilitators include jazz singers, actors, etc. Workshops teach physicality, voice, working in a group, with a continuing theme of engaging one’s audience.

What was Deans Hour?

I was asked in 1996 to take over a program called the “Dean’s Hour.” All freshmen were required to attend. It was one hour a week on various topics related to the practice of engineering. I said I would do it if it was expanded to freshmen and sophomores and ran both semesters. It’s now called the Professional Development Program. Connect was integrated into this, but is also given in other classes up through the senior year.

Students accumulate points as they complete tasks in the program. When the student has fulfilled 12 points, they get a note on their transcript that they have completed Professional Development. Recruiters often ask about it.

Are there ways for the Engineering School to collaborate with the Art and Architecture Schools?

Absolutely. There are already collaborations at a personal level for both students and faculty. A number of architecture students came to see me at the beginning of the semester for permission to attend engineering courses which I was happy to grant. There have also been faculty collaborations in programs and courses.

Should we enhance these connections? Again, absolutely. There are challenges of differing schedules, differing priorities, etc., but all these are surmountable. The potential pluses of collaborative efforts are too valuable to walk away from. For example, how can we share elective courses, can we create minors that span the three schools, what about joint research projects?

What can Cooper Alumni do to support you and your initiatives?

Involvement is so important. When students hear from alumni about their experiences after Cooper it lets them know that the intimidation of stepping from The Cooper Union into the world is just a step and an exciting one. In the last few weeks I have met with so many alumni and been blown away by the diversity of what they are doing and by their uniform success in doing it. Having our students understand that The Cooper Union is giving them a wonderful starting point to the rest of their lives is the best message our alumni can give.

Do you see a change in the school atmosphere or mood as a result of the consent decree?

Bill Mea asked me to become Acting Dean in August. I said that I would try. We need stability and some re-engagement with what we are. I have told the faculty that their job is to do their very best at educating our students. Whether the students are charged for it (tuition) or not, it is not our worry. The best thing we can do is to give them the best engineering education and focus on that.  Previously we were told that our job was to raise revenue. Everyone was asking, how can I do that? We were strongly pressured to do this. Some professors were interested in revenue-raising and some programs are revenue raising, but that is not what we’re here to do.

There is nothing in that settlement that is actually bad for Cooper Union. We were in a dire situation, and some people came together and forged a basic template of how you go on to be successful as the Cooper Union. Let’s embrace it.

Can you tell us what changes you hope to see at Cooper Union?

I’d like to achieve some stability, to have faculty know why they’re here and enjoy teaching here. I would like for some healing to go on. We are coming out of a trying period. Some people are still unhappy with other people. I would like to move forward constructively from that. I would like the engineering school to be able to find out more about itself and realize how damn good it is.

There are things we are going to look at in area of finances. As the former head of the full-time faculty union, I know what the faculty costs. Based on that I believe we can live within our means.   Our direct education costs are not huge, less than $20M and mostly controlled by contracts. It’s all the other stuff that is hard to budget and out of control. The budget has always been and will be tight but given the parameters and template for organization provided by the Consent Decree I believe Cooper Union will be able to re-establish its reputation as a unique scholarship institution within higher education.